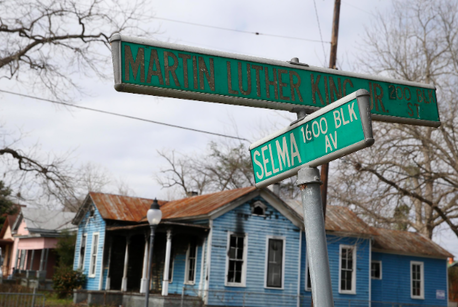 In Selma, I thought about the ugly and the beautiful. Once a city of slavery followed by injustices and cruel acts during Jim Crow, Selma was now a symbol of civil rights and of the birth of a full democracy. Yet, after I left Selma, the thoughts of the ugly followed me – the battle is still evident. I left with the thought of poverty in contemporary Selma; the visible boarded up business and homes. I left embedded with a conversation I had with a community member fighting for youth peace in the community. I find myself frustrated; I know the fight is nowhere close to over.
-Julio Trujillo

Moments before the march across the Edmund Pettus Bridge, Reverend William Barber speaks on the lingering inequality which exists in the Southern United States
​"

Reenacting Bloody Sunday, the march across the Edmund Pettus Bridge was an amazing experience. I saw ALL people coming together: African-American, White people, Hispanic/Latino, activists, leader, politicians, youth, and immigrants. We were all there for the same reason, to continue the fight of ending social inequality and discrimination against all. Fifty-years ago everyone would be looked down upon for standing with our neighbors but sadly it is still true today. Civil Rights, the rights of citizens to political and social freedom and equality. The fight continues, but how long will it take until we have accepted the differences of the people who contribute to the society we live in. -Maria De Leon, Butler University ’22 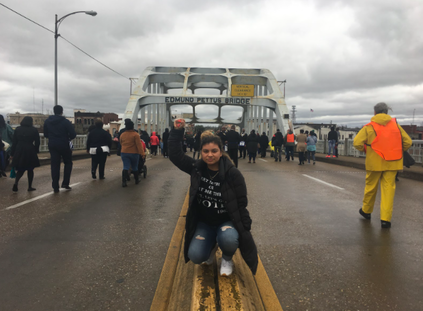 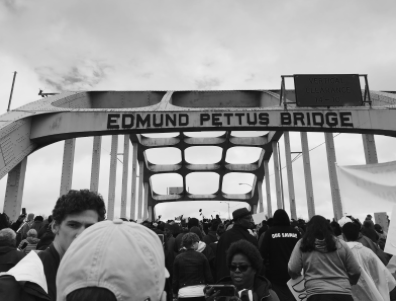 “During the march reenactment, in the middle of the bridge, I was approached by a man who asked me where I was from. I answered telling him that I was from Butler and I was with a group of students. I asked the question back. He said Atlanta, but actually grew up in Selma. In fact, he was a just a boy living across from Brown Chapel when they first attempted to march from Selma to Montgomery. He recalled how people were chased back to their homes and the church where they met as activists. He and his brother were at home during the march, and he mentioned the trauma that stuck with him by hearing his community's screams along with rocks, bullets, and other projectiles thrashing into his family's home. What amazed me most is that he would go on to serve in the US Marine Corp. If I could only go back and ask him how he was so willing to protect a country that for so long didn't even acknowledge his citizenship.”
- Cole Byram, Butler University  ‘19 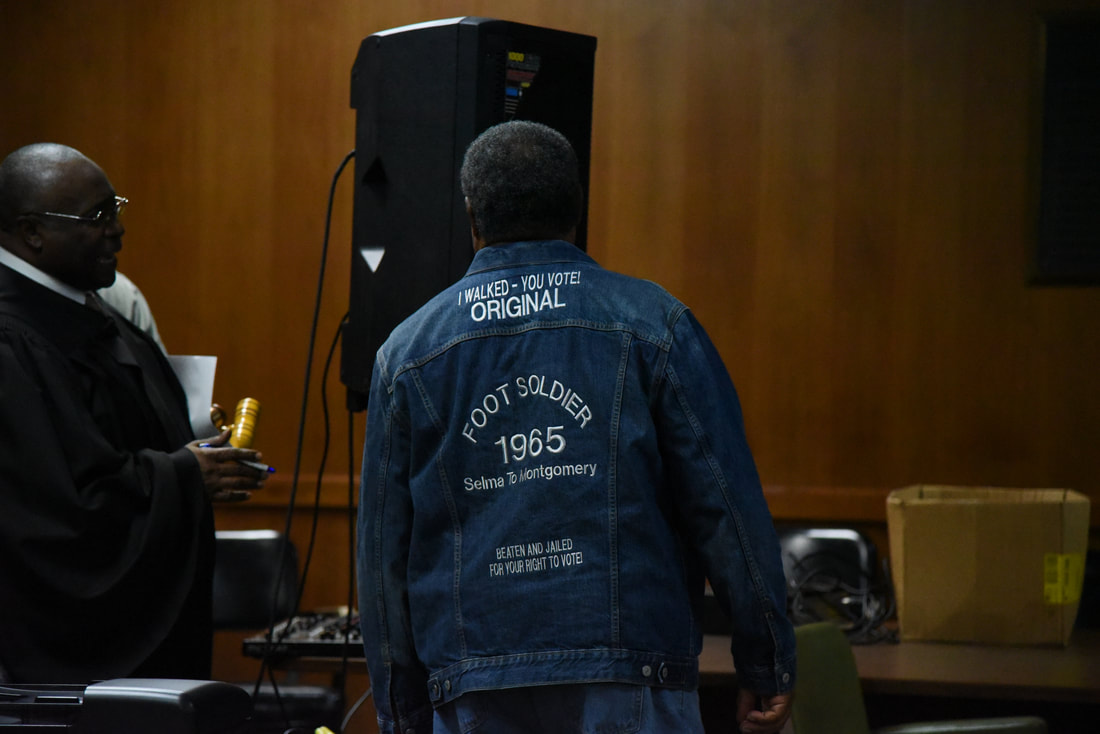 “We attended a mock trial in Selma in the Dallas County Courthouse. The mock trial put the United States government on trial for the mistreatment of black people in the education system, criminal justice system, housing, jobs, and every other sector of our society. The demands were reparations for the pain and suffering endured by generations of blacks and the trauma they faced from terrorism and no support from the government. This mock trial really moved me because it was all black lawyers, judges, and witnesses in the historically white controlled space of a courtroom. In the end, the verdict was obviously that the US government was guilty on all counts. However, I felt very empty inside because I don’t believe that there will ever be a day where we can as a country all come to the same agreement that the jury did in the mock trial.”
​-Reilly Simmons, Butler University ‘20